Sarcasm – The lowest form of wit ??

I don’t think so – plagiarism, that’s it for me – so here’s a joke I plagiarised from my most avid follower Connor

The Archbishop of Canterbury and The Royal Commission for Political Correctness announced today that the climate in the UK should no longer be referred to as English Weather.

Rather than offend a sizeable portion of the UK population, it will now be referred to as: ‘Muslim Weather’.

There – it made me chuckle too.  Not as much as when I sneezed on my cock the other day.  I found that funny because I knew immediately after having done it – I would have to tell you all about it.

I was dropping the mother load at Mason’s apartment the other night when I got one of  those hay fever sneezes starting to load up in my sinuses.  I resisted and resisted up to the point that I realised resistance was indeed futile and then I let it go.  Unfortunately, in the process of letting it go, I rocked backwards on the toilet, fully exposing my tackle at the precise moment of spraying my sneeze everywhere.

This mornings half marathon had me all excited – aiming for a time of under two hours I headed out at 6am along the seafront here in Mallorca in a new pair of Asics after the last pair caused me some pain.  Getting close to the end of the run, maybe 100 metres from the finish, I pulled my phone out ready to stop the runkeeper only to see 1:59:50 on the screen.  Initially I was elated because I was so very close to breaking my 2 hour target, but then I realised I was another 30 seconds or so away from the finish line.  I crossed in 2:00:38 – just 38 seconds outside my half marathon target time – or so I thought.  I was annoyed with myself a little bit, there had been a few times on the run where my concentration had wandered and I had slowed – if I had just kept my concentration good, I would have been under the 2 hour milestone.

See, the race that I am aiming for isn’t until September so I think I am going to have to change my target time as I am already achieving it so without further ado, I do declare a new target time for me to finish the Great North Run 2015 of 1:45:00 or less.

I have a plan.  A rocking playlist to help me along but at 1:45:00 Rihanna will come on – If I hear ‘shine bright like a diamond’ I will know I have failed.  Maybe you can all help me with a suggestion for some inspiring and upbeat tunes for the run so that I can start compiling the playlist??  Send your suggestions via the comments here or directly to me via email.

Prizes for the most inspiring tunes

Congratulations to Steve & Nic for their new house – I think Steve is allowed his own playroom now! 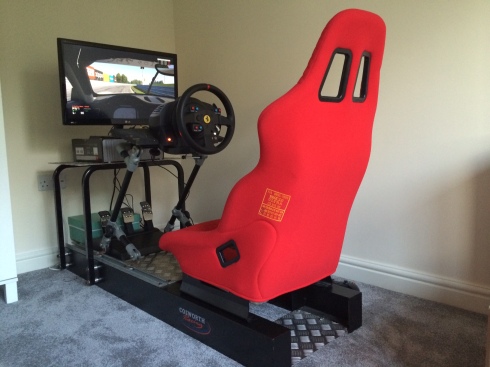 Looks like I might finally get some time off by the end of the month – maybe even a brief visit to Portugal while I am at this end of Europe.

Big shout out to Mr & Mrs Cooper – Come on Down!

I think that’s it for now, watch this space for something exciting coming soon – I promise.