I never said why exactly.

I would like to point out that, due to its northern location, Glasgow is considerably colder than the likes of sunny Warwickshire.  Bone chilling.

More importantly though, I want to share a revelation. Something of a biggie if you ask me. A monster.

I am no longer a Sainsbury’s boy

I realise many of you will stumble as you read that but my time there is done.  I blame my recent revelations around the price of McVities Chocolate digestives and their pricing strategies.  So I have switched.  I now plan to head to Asda.  I like their no bullshit approach of no loyalty programs, no money off vouchers, no nonsense , just low prices.

A couple of chums have mentioned the likes of Lidl but I say to those people ‘slow down a little’ just one step at a time if you please. And remember, Asda always have lower fuel prices than Sainsbury and Tesco, Lidl don’t sell fuel.

I have long been concerned at the way things are marketed at us, a good time to look back a few pages and see my rant about stupid people.  Seems though, it is a world wide phenomenon. Try booking a one way flight to America say.  I promise it will be more expensive than booking a return.  And not just by a few quid either – it will be a significant difference.  I just got the train to Glasgow Central. A one way ticket was £1.90 but a return, just £1.70.  How can that be?  Someone please explain that one to me. Even harder to grasp, the cheaper ticket option also produced 3 paper tickets from the machine whereas the one way option would only have ejected 2. So for the cheaper ticket, the train company has used more ink and more ticket blanks.  Let me summarise that to remove any doubt – more product for less money !

If you are as confused as me, raise your hand.

On a lighter note – I have just finished my third trip to school this year.  Back in January I became qualified to handle refrigerant gases – important that one as they are ozone depleting substances – or ODS as I can now call them.  Last week, an Applied Marine Engineering exam was devoured in Liverpool and this week in Glasgow I have been covering HELM(M). HELM stands for something about human element blah blah blah – one of those ‘keep ’em well cuddled’ attendance only courses that generally don’t achieve much other than making your wallet a grand lighter. Thankfully – that one is a one off and not one of those ‘re-validate every 5 years’ things that the MCA like quite a lot. A bit like the diving instructor licence that I have with PADI.  That must be paid every year if you want to stay valid. Nothing stops me from never teaching but keep paying the fees but they don’t care.  See officially PADI stands for Professional Association of Dive Instructors but those of us in the know, have its true meaning etched in our minds – Put Another Dollar In.

So, back to school.  Been at a Maritime School in Glasgow this week and noticed something with the fire extinguishers.  I reported the issue but I bet nothing gets done – can you spot it? 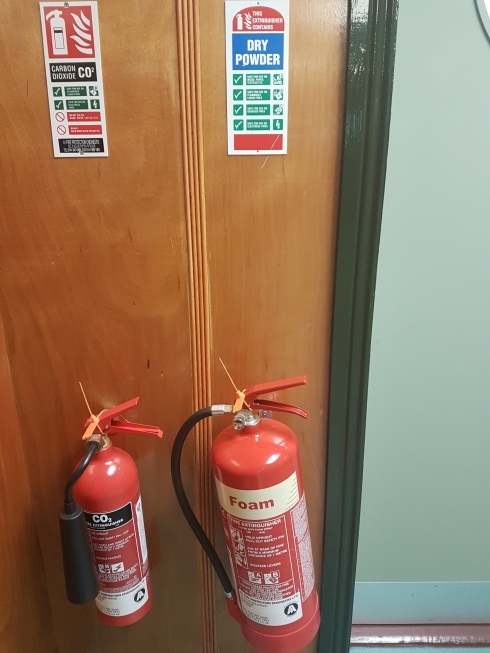 Was chatting with the squeeze last night on text message. Chatting about a few things that are not suitable to be published here but there were two words that came in to conversation.  Two of my favourite words in the english language as it happens, Melancholy and at the other end of the spectrum, Kaleidoscope. Now, I will fully understand if you need to consult your dictionary for those words.

Melancholy I find mesmerisingly beautiful because of its contradiction. When you read it, or speak it – it most definitely has a happy, jovial, spring blossoms flowering for the first time feel about it.  Reality is the opposite – a heavy, deep sadness.  If a person were described to you as melancholy – you might imagine they were a happy, light hearted fun person to be around. Not so!

Kaleidoscope on the other hand, has no double meaning for me.  What it does represent is a scene of ever changing happy colours, an endless churn of goodness and mood lifting pleasantness.  Visually, I find it weirdly pleasing – the irony of that choice of word is about to be explained.

Kaleidoscope – not many words start with a K in English – even fewer sequence the E & I that way, weird huh ???? It looks different, non conformist, not following the crowd – I like that.

I had a couple of favourite words in Portuguese too – portanto and Foguetão – they just sounded really sexy – don’t forget to roll your R’s.

Anyway, that’ll do for now, I just paid £6.75 for a single glass of red wine in Glasgow Central and now have a dilemma.  That was more than I would normally pay for a bottle – but it was tasty.  I have 3½ hours before my train and could easily do another one.

The Double Whopper with Bacon & Cheese is long gone, as are the cheesy bacon bites. 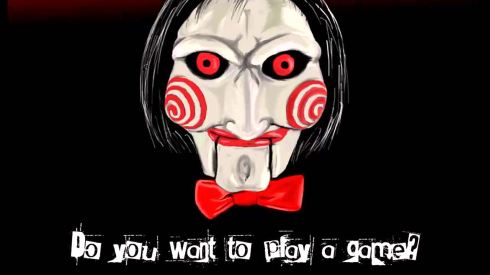 A bit late with this post I know – so Rugby Town is now famous for a couple of things.  Yes, the game of Rugby was invented here, hence the name ‘Rugby Football’ (I am constantly amazed at the amount of people that are not aware of this fact).  Most recently, we gained even more infamy.  The Great KFC Chicken Coup.

Never in the history of news and media have I been more amazed at the amount of effort that went into reporting the lack of chicken at KFC outlets across the uk.  For two days, the media was full of it.  At one point, the BBC reported over 60% of the UK KFC outlets were closed due to no chicken.

DHL had just taken control of the delivery contract and made a complete fudge of delivering.  The source of their error – The Rugby Depot!   Lorries full of chicken were being turned away from the DHL distribution centre and the freezers inside the depot were full! The local council also admitted that the DHL centre did not have the correct paperwork to store food at that depot.

Poor DHL……….probably bullied the historical supplier into submission with a bid that was artificially low just to get the business and then cocked up in magnificent style.

Another couple of weeks of intense study for me before I head to Liverpool for an exam on 23rd.  Head down in the books on a daily basis for the last month and hopefully this week a  few more things will click into place.  This will be only my second ever time in Liverpool, or more precisely Birkenhead (say that with a scouse accent – it sounds great)

After a brief visit to the hot tub last night I put on some old Top Of The Pops. I watched an hour and a half of clips from 1964 – 1975 and you know what, the first thing I noticed was how skinny everyone was back then – everyone.  Some rare old tunes came along too, some rare old tunes like the Righteous Brothers.  Did you know, Bill Medley was one of the Righteous Brothers?  Remember Dirty Dancing?  The Swayze?  The last song of that movie was ‘I had the time of my life’ by Bill Medley and Jennifer Warnes.  There you go – I have educated you this morning.

There were several old time ‘bangers’ in there but I have opted to share just one.  I wanted to share an old Rod Stewart track too but couldn’t find it outside of the BBC.  Maggie May was awesome in its own right but made particularly special with a guest appearance from the late John Peel of BBC Radio fame faking the mandolin solo.  If you have BBC iPlayer – you can find it there on the BBC4 channel.

Anyway, for now – let the children boogie in a hazy cosmic jive.