A day in pictures

I didn’t feel like writing too much today so I thought I would add some pictures to help out.  Remember when you were at school and the teacher gave you a written assignment that had to be at least 1 full page of A4?  I used to space out my words a bit more.  Always got busted. I was never an A grade student but that was exactly the kind of cunning that made me the spectacular engineer that I am today.

Lets start on a happy note – recently grabbed a bargain on eBay – a pair of tyres for the mountain bike for less than £30 delivered. Sexy tread pattern, two tone black and grey. 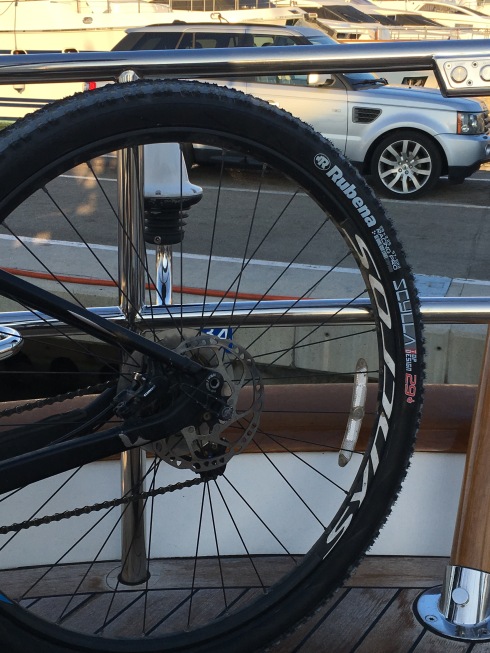 Nice eh? and is that my very sexy Range Rover in the background ?  Oh what a shot !

The next three photos are all in the category of  ‘Is their any hope left for the human race?’

I snapped the first one on the train last week to Coventry.  A north bound train that had originated in London.  I got on and sat at a 4 seater table that had 3 spare seats – can you tell why? 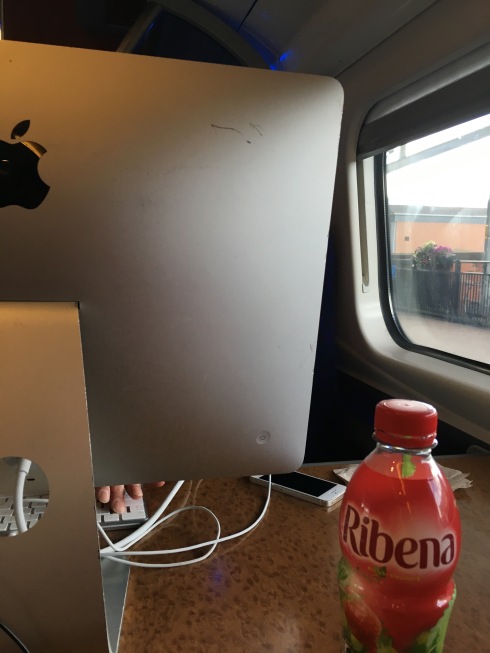 A full size iMac taking up most of the table.  I thought those London City slickers were supposed to be smart?  I was going to show him my laptop and suggest that there were more portable versions available now but then I thought no, he must be a banker.

Smokers outside the Hospital doors? 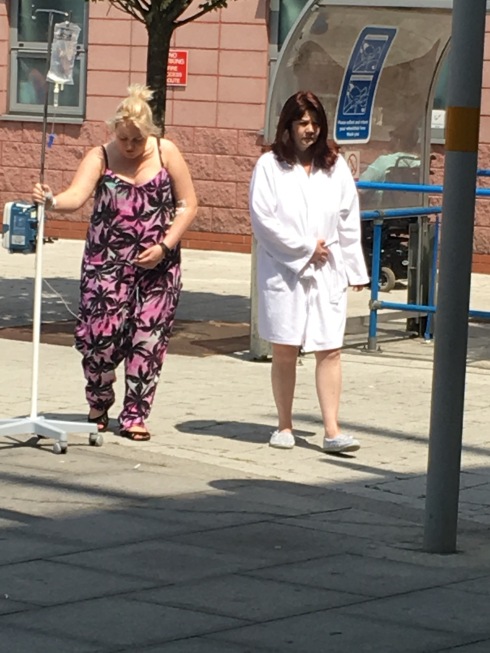 How fucking mental do you have to be to push your drip outside to have a smoke? Maybe that drip is full of brain cells?

Now finally, the most serious of them all.  A triple X rated fright – the scariest thing you will see in a long time, American politics.  I heard a political commentator today on TV suggesting that neither of the current candidates for American President are that popular but these two are particularly frightening – look at their faces, would you trust this pair? 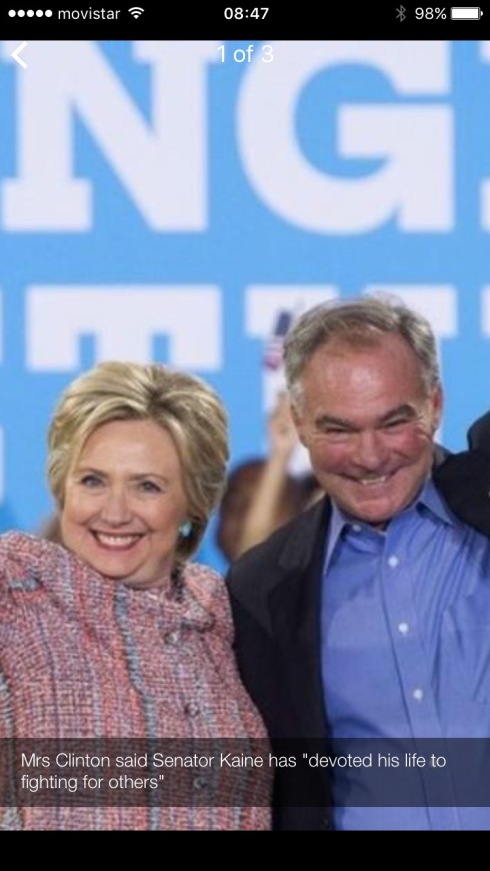 Look at them for a minute – they look like they just finished licking clean the inside of the windows on their special bus and have now been let loose on the exterior.  Holy fuck I would be shitting myself if I were American.  If Trump wins, he will piss off half of the world, if Clinton wins she looks like she might try and eat the other half!  I wonder if Jeffrey Dahmer will be drafted in on her presidential election campaign? Kaine looks fucking mental !!!!

That by the way is a genuine screen grab from my phone I took while reading the BBC during this mornings dump.

The only real hope for America with this one is for the electorate to agree NOT to go and vote and Obama stay in office until a suitable challenger can be found. I suspect though, Bill would sneak out in the middle of the night and vote for Trump.