When the Holidays are over

The time is getting near, nights are drawing in and very shortly I will have to return to work.  A few months down in Cannes, maybe even 6 or more.  Should be a mild winter with plenty of mountains around for the good old (rather new actually) carbon fibre mountain bike.

Talking of which, I hit Cannock Chase this morning on a very sneaky dawnie session.  Sadly it was wet so was never going to be a blistering time but I did manage to make and upload a quick video of my antics on the newly refurbished ‘Lower Cliff’ run – by far the best red run at Cannock.  Video is over in the section called ‘Videos’ strangely enough.  Look for the title ‘Lower Cliff – Cannock Chase’ and you will not only be amazed at my riding skills but also my depth of music taste in selecting a suitable backing track.

This week I also managed to sell my old Specialized mountain bike.  Way back in 2011 I paid $2300 for that beauty and have managed to secure a rather impressive $1260 for it now – not too shabby for a bike that is as well-travelled and used as that one.

Money is already in the bank, just waiting for the dude to come and pick it up.

I did manage to find two magnificent wild mushrooms on the blat through the Chase.  Apologies about the screen dumps, the runkeeper app has changed, but these were stunning, bigger than my fist too. 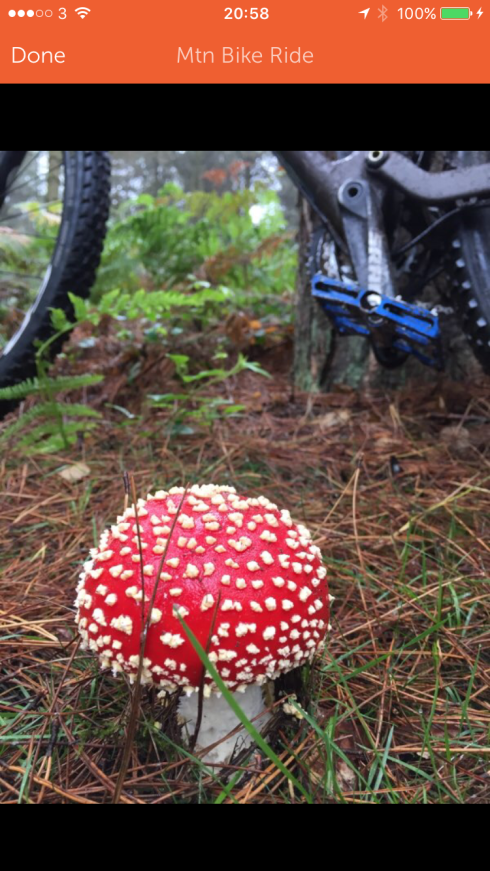 This monster is called a ‘Fly Agaric Toadstool’ – apparently abundant in the UK but its the first time I have seen one. 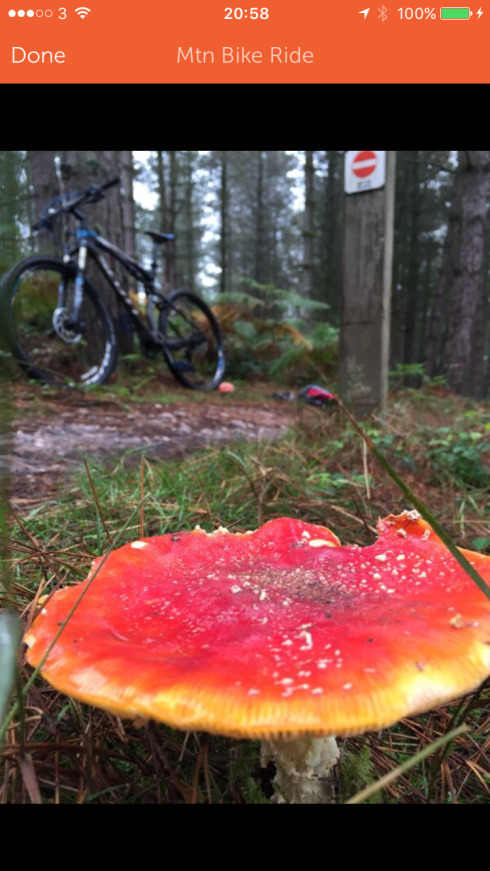 from the same family but different shape although this one is a mushroom apparently.  Whats the difference between a mushroom and a toadstool?  if you believe ‘wisegeek’ – nothing at all, apparently the names are interchangeable.  Some believe mushrooms are edible, toadstools are toxic but that isn’t the case.

Look at me, getting all botanical on your asses !

This entry was posted on Tuesday, September 22nd, 2015 at 22:36 and tagged with cannock chase, Fly Agaric Toadstool, lower cliff, scott spark carbon, specialized epic comp, wisegeek and posted in Goose Freckles. You can follow any responses to this entry through the RSS 2.0 feed.
« Dissecting the Disappointment
10 minutes @ Cannock Chase »